Tack’s Start app was initially developed in 2012 with the goal of creating a simple gesture-driven alarm, timer and stopwatch application. The goal of Start was to re-envision how the user sets alarms, timers as well as how they interact with a stopwatch.

At the time of conception, several timer applications were available in the marketplace. However, we wanted to see if we could challenge ourselves with a slightly varied concept with an attempt of simplifying the interface, while still allowing for the expected features of a standard timer.

From the very beginning, we wanted to explore creating a gesture-driven interface that was visually bold and fun to use. The way the dials moved and different states animated not only made the application feel fluid, it made it fun to play with. 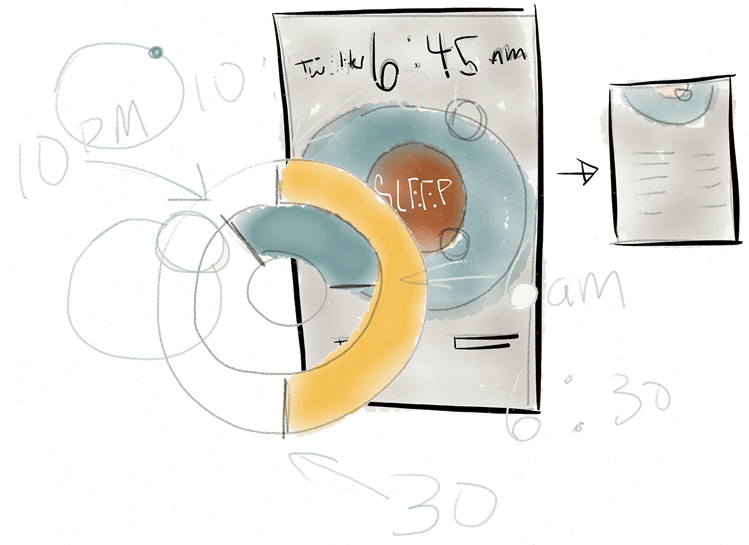 After sketching through different ideas, we decided to focus on the familiar analog clock face — two rings, each representing the minute and hour hands. One of the gesture-based interactions include spinning the handles of a ring to fill the ring with time, which would deplete once the alarm was set. 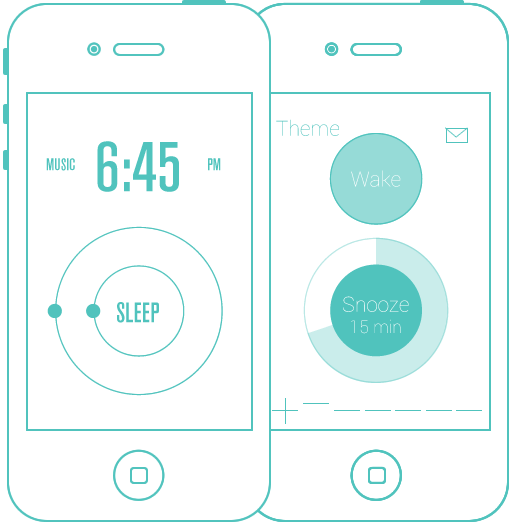 From our whiteboard ideation and rough sketches, we put together some simple wireframes to help translate our analog ideas into our vision for a digital interface. We were aiming for simple, streamlined, modern, fun and of course, usable. The wireframes then evolved into the final interface shown below. 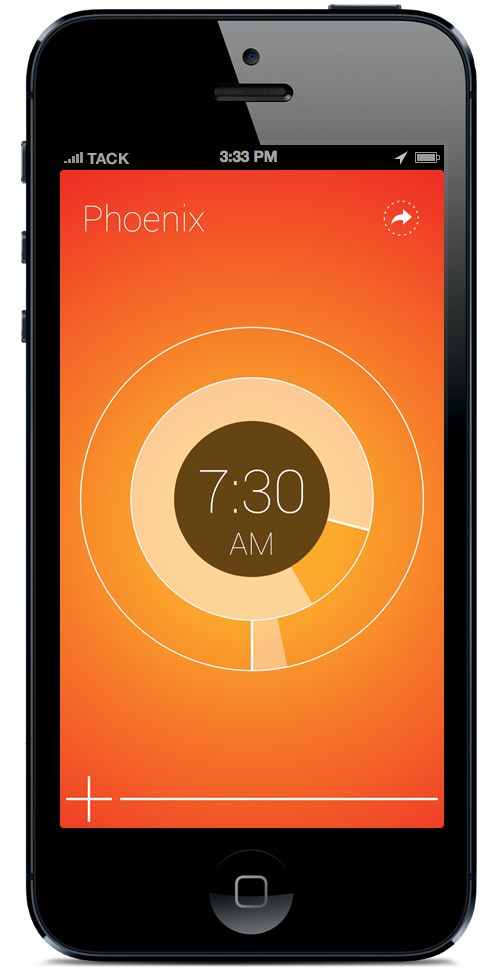 A user gets started by selecting the “+” icon to create a face. Each face may be customized and be used as either an alarm, a timer or a stopwatch. In the center position, the face may be used as an alarm or a timer. Tap the center of the rings to toggle the alarm and timer and modify the alarm or timer by using the face’s rings. To activate, simply swipe the face up. For stopwatch mode, swipe the face to the down position. Finally, to delete a face simply pinch.

Start features unique customization, including custom themes for each face as well as launch actions of your alarms and timers. Wake up to your music by locking your device while Start is open. Additionally, launch various apps including Facebook, Fantastical, Instagram, Music, Pandora, Path, Reeder, Rdio, Safai, Sparrow, Spotify and Tweetbot.

The Decision to Open Source

Start has existed within Tack Mobile for several years. However, due to higher priorities, it has become increasingly difficult to continue updating Start with the latest technologies and advancements that happen several times a year. Exposing Start’s codebase to the masses is an opportunity for others to help offer updates, features, improvements and other ideas.

Our goal is to allow the users themselves - the people who care most about the application - to offer feedback and contribute to future development. Further we wanted to allow developers access to a production level code base. It is our hope that students or developers who are just getting involved in iOS development will find the code interesting and feel inspired to either write enhancements to Start or write another interesting application with an innovative user experience. We also wanted to share our expertise in designing and building gesture-based applications.

Getting Start Ready for Open Source

The most significant change made to the application before open-sourcing the project included making the it compatible for devices running iOS 7 and later - we needed to ensure the views and status bar appeared where they should on the screen, especially on the larger 6 and 6+ sized iPhones. The rest of the updates were minor and mostly code clean-up updates, including removing unused and commented out code, cleaning up and simplifying constants and helping with code readability wherever possible.

We would love to see the community contribute to further development of Start. If you would like to contribute, the link to the Github repository is below. Also, if you have any additional comments or questions feel free to email us at hello@tackmobile.com.